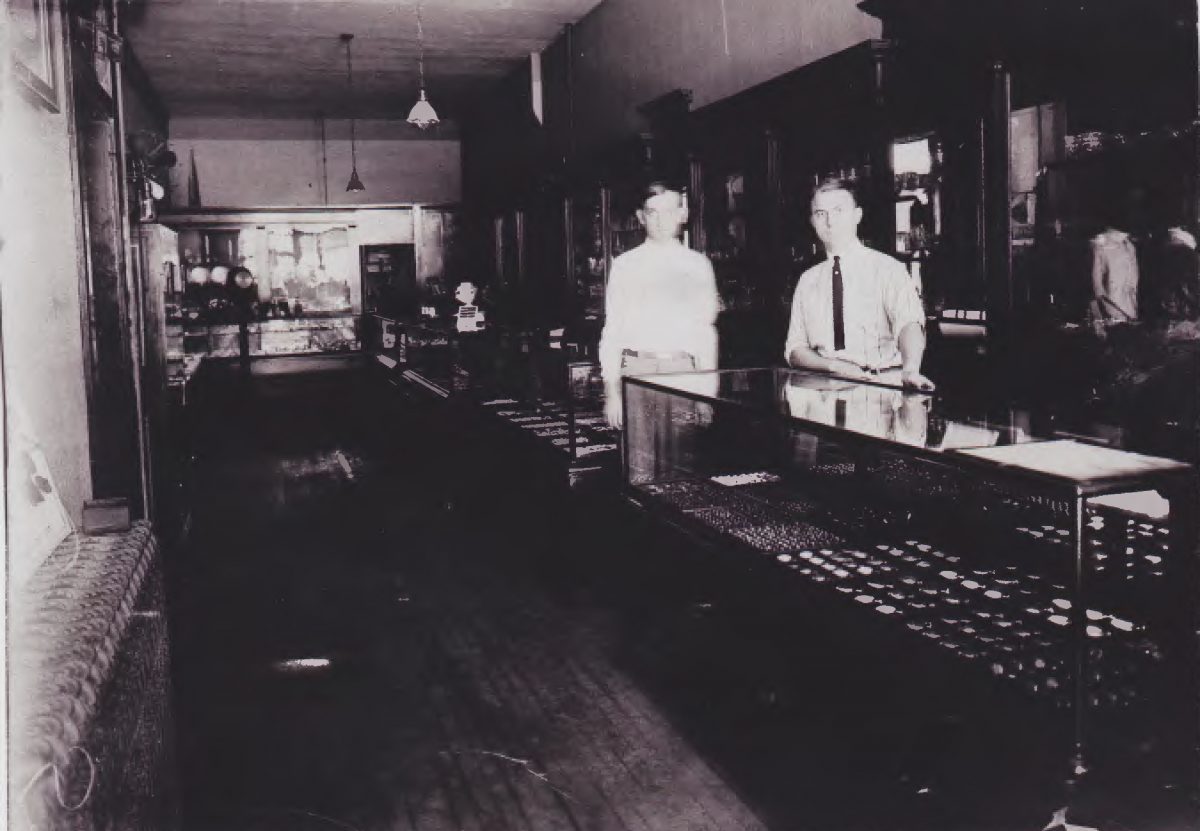 Having just graduated from a watchmaker’s school at Peoria III., James H. Ellis struck out for Indiana, intent on making a living. He worked for a jewelry store in Bluffton for a few years, then for Claude Howard’s Jewelry on the west side of the square in Frankfort. In 1916, Ellis and a partner, Chris Arnkins started their new business on the north side of the square. It was at 62 E. Washington, next to what would later be the Camera Shop and is now Heather’s Flowers. Arnkins died a few years later and Ellis took Al Boeckman as his new partner. Tough economic times of the 1930s caused the dissolution of that agreement and Ellis moved around the corner to 208 N. Jackson, next to the bus station.

Ellis Jewelry started in this store in 1916 at 62 East Washington. James H. Ellis (left) is shown with his second partner, Al Boekman. His first partner, Chris Arnkins, died a few years after the store opened.